The “Wing Chun Triangle Theory” is better described as a Wedge Principle. The difference is subtle but profound, and relies on activation of the triangles. 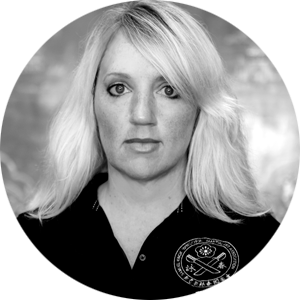 Wing Chun was founded by a woman monk (nun) named Ng Moi, and the art itself was named after “Yim Wing Chun”, a young girl who sought the help of the nun to defeat a brutish warlord who forced himself on her. Our history is steeped in the empowerment of women, and we honor this rich history by continuing the empowerment of women.