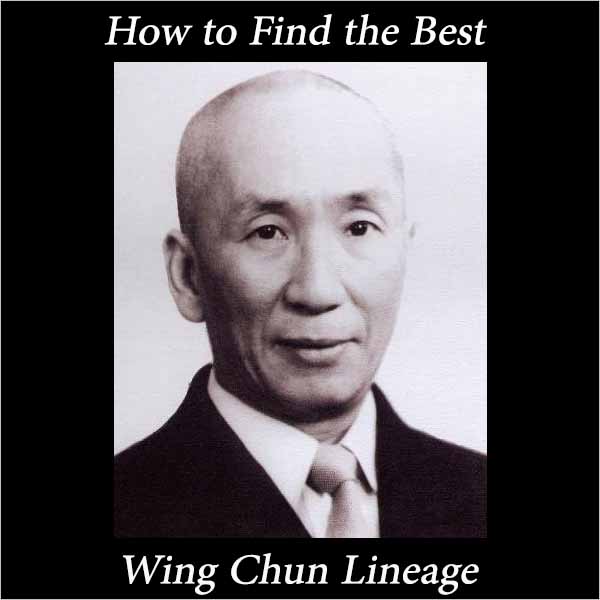 Finding a great Wing Chun lineage to train with is paramount to your success on your Wing Chun path. We've put together a guide to help you determine which lineage is the best match for you.

Why Do You Want to Learn Wing Chun?

To find the best Wing Chun Lineage to train with,  you must understand why you want to learn the system.  Connecting to why you want to take the art will help you assess your goals and whether or not a certain lineage is the best fit for you.

You might have more than one reason for wanting to learn Wing Chun.  For example, you may wish to lose weight AND learn self-defense.  Perhaps,  you want to learn discipline AND take active participation in your health.  Or maybe you  watched one of the Ip Man movies and just think it’s pretty bad-ass! Either way,  prioritize your reasons.

However, these reasons may not be the same as the people you train with. Regardless,  the lineage, Sifu, and school you choose should align with your goals for yourself and no one else

What is a Wing Chun Lineage?

A Wing Chun lineage is like a family tree.  Ng Moi, a Shaolin nun, is generally considered the founder of the system.  She taught Yim Wing Chun who taught her husband Leung Bok-Chao(梁博儔).  This lineage or “family tree” continues today right down to you.  So you need to decide which branch of the tree you want to study and train with. Your choice may be limited to a few Wing Chun schools local to you.

Ip Man is considered the last Grandmaster of the Wing Chun System.  The lineages descending from Ip Man are numerous. Because Ip Man did not publicly announce any one of his students as a predecessor, it is recommended that you choose a lineage that has a proven provenance, is reputable, and aligns with your goals. 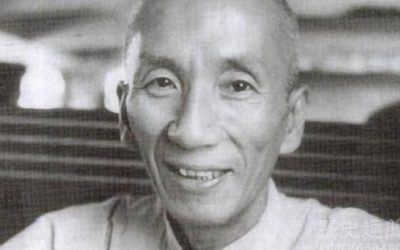 “You must know the source of the water from which you drink.”

However, it may not easy to discern which lineage is authentic and which is not. Many can “claim” to be from a certain lineage, but are not. So what must a beginner look for in determining authenticity?

An authentic and reputable student of Ip Man generally has a large family tree under him. If the Ip Man lineage you are looking into has a strong family, it will be clear in your research. If they do not, ask why.

This is a double-edged sword but should be mentioned. Certification is not centralized by any “Wing Chun” authority. Many organizations sell certifications with no training to back it up. However, many legitimate organizations and
lineages ethically use certification.

So, be sure to ask for it. Then, request to see tests, gradings, curriculums & teaching permits that extend back for the length of time a teacher claims to be with a certain lineage.

If someone trains under a certain Sifu, there should be photographic evidence. Sifus spend a lot of time with their students. Look for pictures of the following sort: formal Sifu/Disciple photos with the Sifu seated and close disciple standing to his/her right (with no other people in the photo), training photos, and social photos. Consider the pictures’ ages. Do they span over a long period and make sense in regards to how long a teacher says they’ve been training?
Use common sense.

Many people have trained with Ip Man – the more reputable ones are well-known globally in the Wing Chun community (not just in China) and can be easily cross-referenced. However, anyone can make a couple of websites and do a few press-releases. Dig deep.

In your research, do not pay attention to cross-lineage squabbles. Ignore. Ignore. Ignore. Don’t get involved. Stay on course, or as I like to say, on center-line. Everyone thinks their lineage is the best. Some feel it necessary to tear others down. STAY AWAY. IGNORE THE BULLIES. Once you are skilled and your knowledge is deep enough, you can participate in a constructive evaluation to improve yourself.

Lineages interpret Wing Chun’s core principles differently. What they teach can vary quite a bit. Here are some varying perspectives and approaches that different lineages take. When investigating lineages, be sure to keep your reasons for training Wing Chun in mind and prioritize the following:

Most lineages teach at least some theory; however, some emphasize theory over the application of it. If you are looking to learn Wing Chun as a self-defense, be sure that the lineage you choose can apply Wing Chun theory. It is not enough to know (though we should understand deeply and thoroughly); we must be able to apply.

Look for the ability to connect theory to the forms and applications. Then, make sure the forms reflect how they use the art. There should not be a discrepancy amongst theory, forms, and application.

While most lineages focus on teaching Wing Chun for self-defense,  some place more emphasis on Wing Chun as a combat art and offer more experienced “fight strategies”. Certain lineages are known for their fight skill.

If you are looking for a lineage that offers more of a tilt towards Wing Chun as a combat art, look for schools that train under pressure and spar.  Keep in mind, however, that beginners should develop decent overall skills and reflexes before testing them under pressure. This can take patience.

Some well-respected lineages are more known for their internal focus and ging power. They may be more apt to emphasize Qi Gong or meditation, and energy development, as well as soft and/or whipping power.

There are some lineages that use relaxed power, while others use hard power. Some use a combination of soft and hard energies to create a whipping power called Fa Jing.

Fa Jing is traditional to Kung Fu in general. To create whipping power, last moment energy or well-placed tension is necessary and used strategically in combination with relaxation. It takes time and a high level of skill to develop Fa Jing.

Further, soft power on its own can also be used to deliver internal damage. A good lineage understands the nuances of both soft power and soft/hard power. Avoid lineages with hard power only since relaxation is a key Principle in Wing Chun.

Footwork is emphasized by some lineages, while others do not choose to focus on it, while fast handwork is more of their priority. Make sure your lineage emphasizes the use of footwork and fast handwork in unison.

Our stances, whether moving or static, have many purposes (too many to mention in this article). Generally speaking, footwork allows you to create angles of attacks, evade or brace to incoming force, evade opponent’s legs, close the gap between you and the opponent, and lever power from the ground. Look for the Sifu or instructor to have bent legs, clear concise, efficient, and powerful footwork.

Further, some lineages believe that footwork should only move forward. While forward intent is important in Wing Chun, at times it is important to brace backward against incoming force if you cannot change the angle and move forward. Footwork should be able to move backward and forward, as well as to each side and varying angles in between – eight (Bot) major directions. The key is to move at the appropriate time and to better your positioning.

Wing Chun fights in close to cut off the power that distance and accelerated force can deliver. The problem is that at close range, we lose reaction time. Wing Chun’s answer is to practice Chi Sau to develop sensitivity and reflex at close range to overcome this problem.

Many lineages strictly use Chi Sau or sticky hands as their means of training, while others may use it, but use other methods like sparring as well.

While sparring is necessary to overcome the challenge of bridging (first coming in contact with an opponent) from a distance, Chi Sau is a superior tool for training reflexes at close range.

Be mindful of the differences between Chi Sau and sparring. Be sure the lineage uses Chi Sau only as a tool and develops other skills such as bridging, power – at all ranges, speed, etc.

There may be more differences in lineages not mentioned here. Make sure you understand and agree with the focus of the lineage you choose before you decide which lineage to train under. Additionally, although lineage is very important, a great Sifu or instructor is just as important.  Be sure to choose someone you can respect both for his or her skill and decency as a human being.